How an everyday act of kindness from fellow travellers helped an autistic train passenger get home after an unexpected change.

I was at a YouTube convention all weekend to see my friends and learn how to make my YouTube channel reach as many people as possible to improve understanding of autism. I really enjoy conventions, but I rely on adrenaline to get through the weekend. 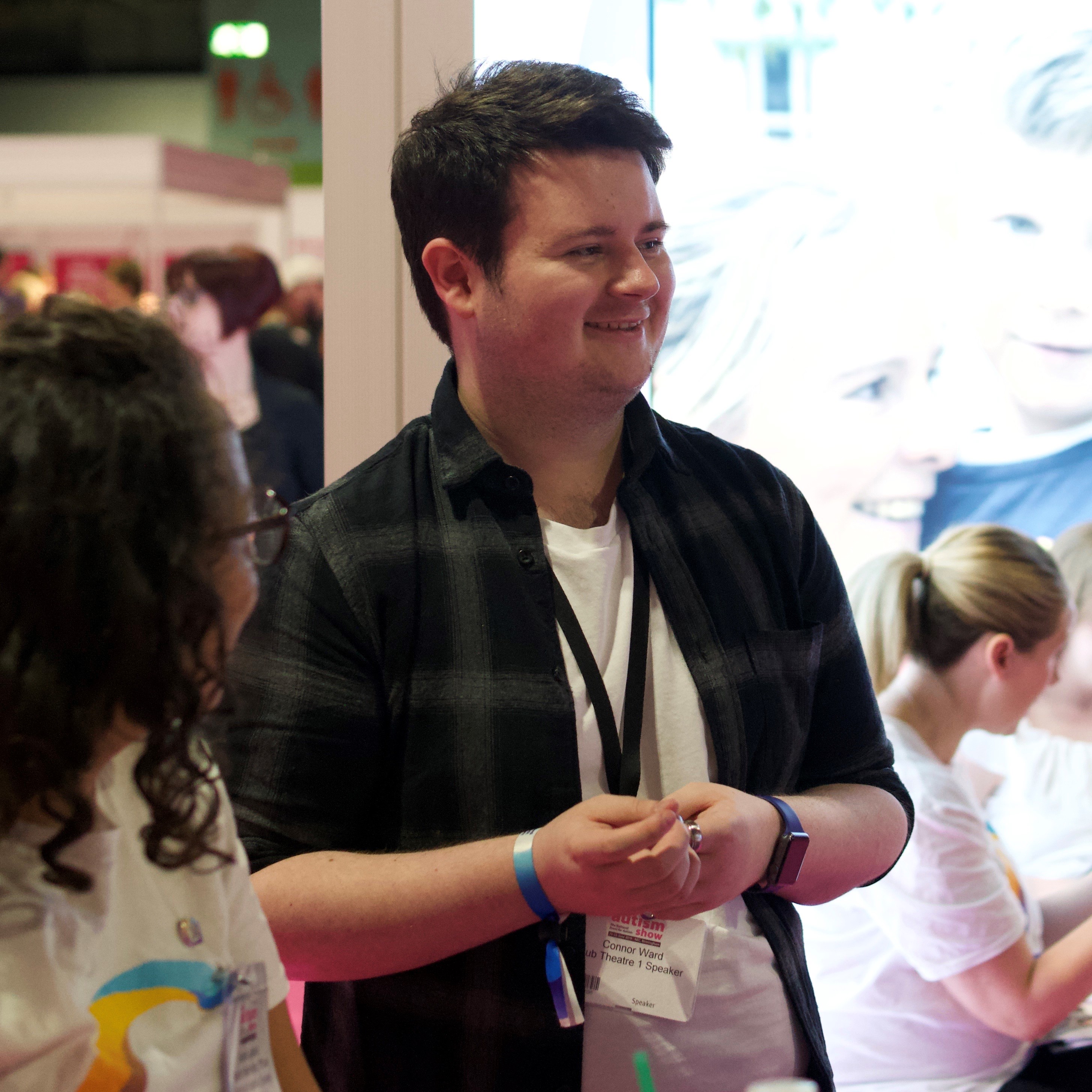 I had to cut the convention short to travel back to Nottingham for a relative’s Birthday meal. I’m used to the journey between London St. Pancras and Nottingham so I thought I knew what to expect.

When I arrived at the platform I walked past far more First-Class carriages than usual. The train was packed. I pushed through the crowds and collapsed opposite a couple my age, placing my bag on the seat next to me.

An announcement came on the PA: There had been an error and First-Class was now declassified. Why was there an error in the first place? I rang my mum. She advised me to put on my sunglasses and headphones. She would be waiting when I got off the train. Exhaustion from the weekend combined with the stress of fighting through the carriages. Tears started to flow.

It was announced that due to construction works the train would be taking an hour-long detour.

I didn’t realise there were alternative routes as I’d never had to go a different way. Stress was building. I needed to talk my confusion through with someone. I was on the train for half an hour before I said anything. I didn’t feel able to speak so I wrote a message on my phone and held the screen up to the couple sitting opposite me:

Sorry to bother you both

I’m autistic and I’m really struggling on this train to Nottingham from London St Pancras. The train is going to take an hour longer than it should do and I don’t understand why. I’ve had a long weekend, I’m exhausted. If the train manager today is Gregory, then he knows who I am. I’ve heard the train is taking a different route so please may someone show me on a map where it is going. Will I definitely be getting home to Nottingham? We’re going for a relative’s birthday meal at 6pm. I need to know I won’t be late.

The stress of the entire situation can have such an effect on me. Reflecting on that moment I can’t help but directly compare myself to how the other passengers reacted, especially those who were a similar age. It doesn’t feel great.

A fear I have is that I will be judged for over-reacting. It makes it scary to ask for help.

The couple explained the new route to me, plotting all of the information on a map and making sure I knew how I was getting home. The guy advised me about how the changes will be going on for a few weeks so I could plan for what was going to happen if I went to London in the near future. They even offered me one of their cookies.

A small act, a big difference

If I had stayed in a state of stress and uncertainty for the next three hours, I would not have been able to celebrate with my family. At the meal I was absolutely fine, I was laughing and drinking. The couple got to see the results of their two-minute conversation. They witnessed me coming out of a meltdown and returning to my usual self. Stepping off the train, chatting, you wouldn’t have known I was autistic. This is what my reality of being autistic is like: just trying get on with life.

Often my biggest dilemmas are things that people wouldn’t perceive as difficult at all. Autistic people shouldn’t fear asking people for help, whatever the situation. We shouldn’t feel that our problems are insignificant. I never found out the couple’s names, but a just moment from their day made a massive improvement to mine.